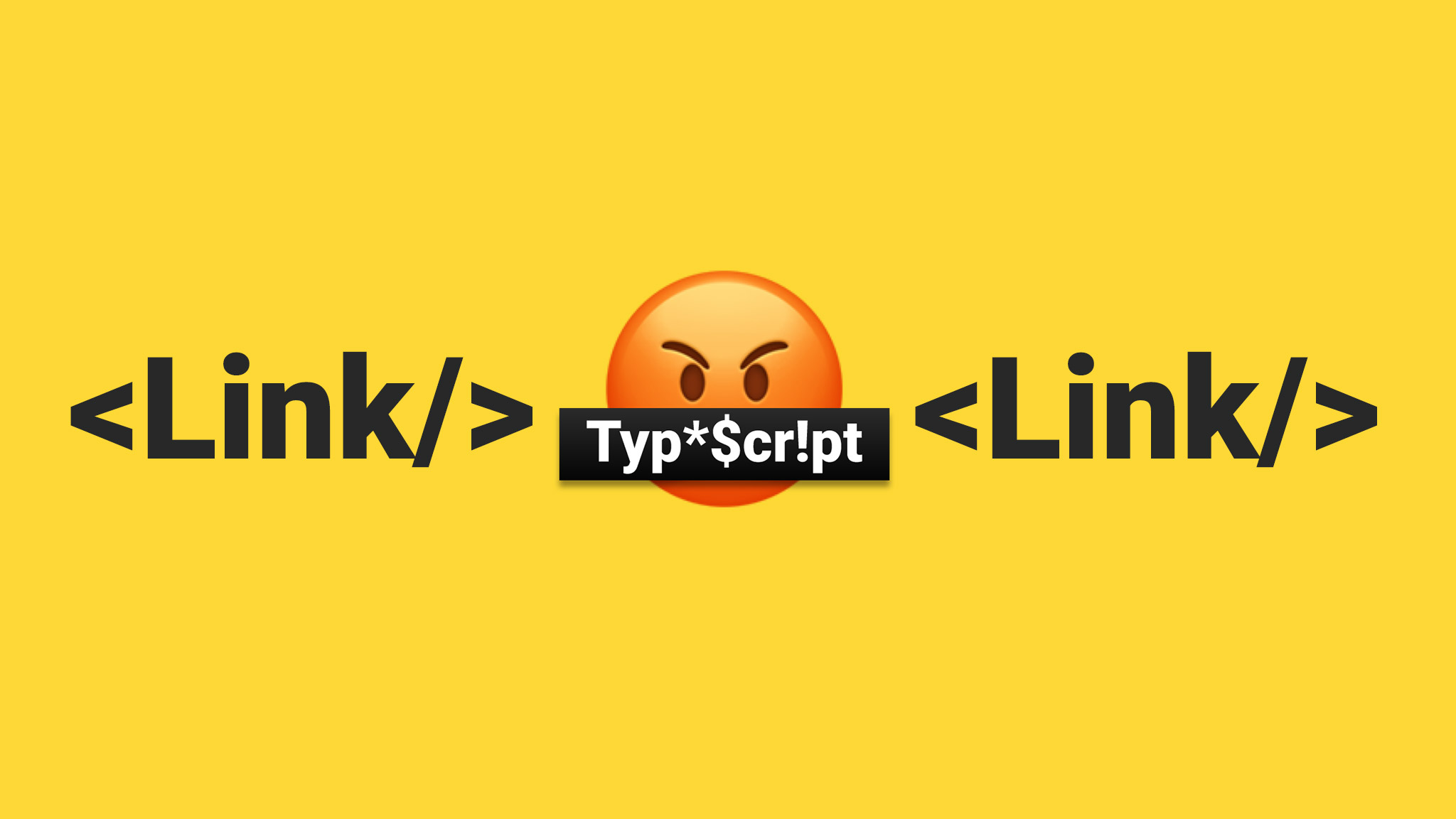 In a previous post; gatsby-or-theme-ui-link i talked about how to cast a Theme UI Link as gatsby Link... and that will work fine in JavaScript but as i've discovered when you attempt to do the same thing in TypeScript you'll run into problems.

Not big problems, it's just TypeScript doing it's job and letting you know that you've neglected to tell your code something important.

If you need a little more guidance i've made a bare bones repo which you can see on GitHub PaulieScanlon/typescript-theme-ui-link and most things i'll be explaining in this post can be seen in the MrLinky.tsx file

If you try and do that in TypeScript you'll get an error because to isn't a recognized prop for Link.

One way, and there may well be more ways to accomplish this but...

I created a new component and called it MrLinky ... because it's confusing having all these components called Link.

So what's going on here then?

The tricky part is typing all of these props. So let's have a look at the interface

There is one caveat to using this method that i think you should know about. Theme UI also has a variant prop but since MrLinky is actually a Gatsby link we won't be able to use variant as a prop like this 👇

...but we can still take advantage of the variant prop by passing it on via the sx prop e.g 👇

You might also want to spread some default styles inside the component to ensure it points at styles.a by default.

It's a small shortcoming in my opinion and keeping all the Gatsby Link super powers is well worth the sacrifice.

For completeness i've also created a MrsLinky component which pretty much does the same thing but is straight up JavaScript and uses PropTypes just to give you some indication of what the props are.

The to prop is marked as isRequired as it's also required by Link from gatsby under the hood. The remaining props are marked as good old any because this is JavaScript so you can do whatever you like!